These three particular games are great for those who just want to sit around the fire and have a good time. We chose fun activities that you can do while sitting in your camping chair without having to get up and move. Sometimes you need to settle down after the adventures of the day and relax, so we know these will be great games to try out for those of you ready to chill for an evening of fun. Whether you have a new RV or you’ve been RVing since you were a kid, it’s always a good time when you try out new activities. Here are 3 fun camping games that we hope you can enjoy playing around the fire! 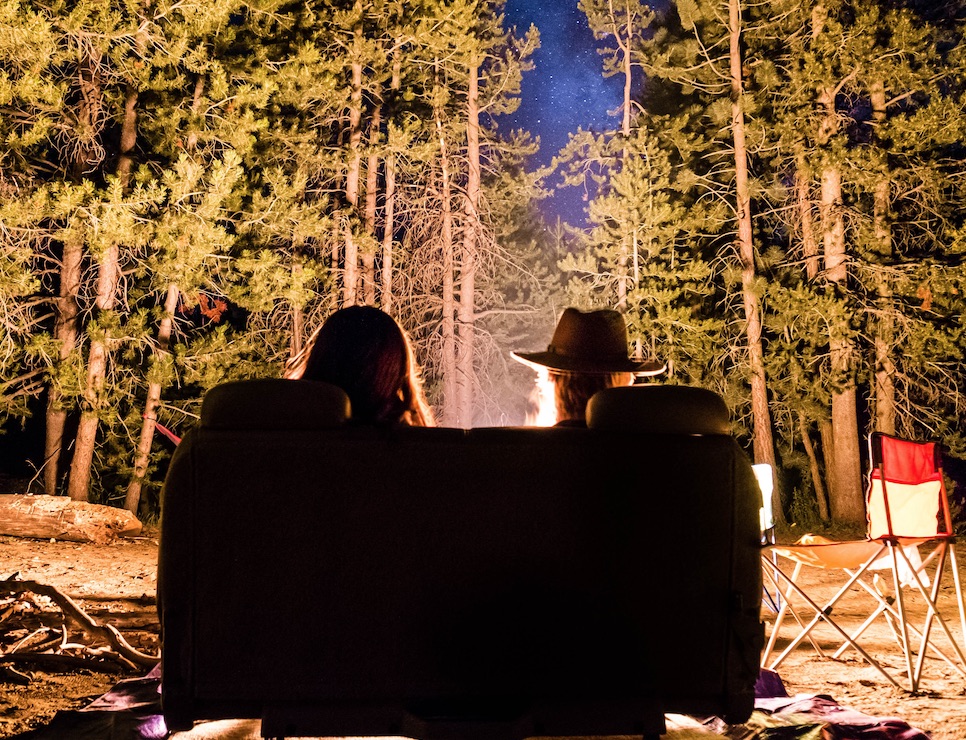 1. Everyone in the group shares three facts about themselves. Here’s the catch: two of the things are true, but one is a complete farce. To make this fun, don’t say something like “I grew up in South America” if everyone already knows you grew up in Kentucky. Pick something that sounds believable but really isn’t true!

2. The other players try to guess which one is the lie. How well do they really know you?

The more creative you are, the more fun the game! This will not only be a fun game to play, but you’ll learn more about each other as you go!

What an interesting name, right? This game will have you all acting out a little bit of a dramatic scene. You’ll need a piece of paper and a pen.

1. Rip the paper into the number of however many people are playing. Then, write “murderer” on one piece and “townspeople” on the rest. Hand them out to everyone in the group. Only the murder knows he or she is the murderer when the game begins.

2. The murderer “kills” the townspeople by winking at them. The person who has died acts out a little scene (whether just pretending to be “killed” and letting their head roll or acting out a dramatic death–as long as everyone can tell that they have been murdered).

This is a classic campfire game that the whole family will love! It gets pretty crazy, so make it as fun as possible.

We hope that you enjoy these games as much as we do when you’re sitting around the campfire! These are great for every age group over 5 years old, so try them out and let us know how it goes. If you have been considering purchasing a new RV so that you take trips and play these games, please contact us today.